Does a successful performance of Romantic music flow from the heart or the mind? How does one marry soul and strength, each of which is necessary to perform this repertoire? This workshop is presented as a “window on two lessons,” in which the presenter joins two volunteer performers and attendees on a voyage of musical discovery. The focus is on finding answers to the questions each piece asks of the performer and translating those ideas into concepts that all attendees find valuable as they engage in the study of repertoire of any level of difficulty. 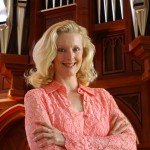 A graduate of Indiana and Northwestern universities, Janette Fishell is a recitalist and teacher of international standing. She has performed in many of the world’s greatest concert venues and is a leading authority on the organ music of Petr Eben. Her critically acclaimed compact disc recordings include performances as a soloist, accompanist, and choral conductor. Since 2008, she has been professor of music and chair of the Organ Department at the Jacobs School of Music, Indiana University-Bloomington, where her students have distinguished themselves in the fields of performance, sacred music, and research. In December 2013, she completed her twenty-one-concert project, “The Seasons of Sebastian,” in which she performed the complete organ works of J.S. Bach for the first time at Indiana University’s Jacobs School of Music. She is represented by Karen McFarlane Artists in the United States and records for the NAXOS and Priory labels.