Charles Winfred Douglas (1867–1944) was considered one of the most important musicians in the Episcopal Church during the first half of the twentieth century, yet his name is not widely known today. As Music Director for the Community of Mary in Peekskill, New York, he advocated for the use of plainsong as the true music of the church, and as such was diametrically opposed to those who promoted the English choral tradition. This paper explores his work with chant and various publications, and advances a theory about why his vision of a chant-filled church remains largely unfulfilled today. 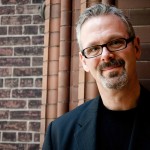 Gregg Redner has been director of music at Metropolitan United Church, London, Ontario, since 2001. He holds a Doctor of Philosophy from Exeter University, England, and a dual Master of Music degree in organ and harpsichord from The Juilliard School, and is a Fellow of the Royal Canadian College of Organists and the National College of Music. He also holds the Professional Diploma in Choral Conducting. He is an Associate of the American Guild of Organists and holds the Choirmaster Certificate from that organization. In addition, he has also studied in the doctoral program in historical musicology at the Graduate Center of the City University of New York. In April 2013, he was awarded an Honorary Fellowship for Services to Music by The National College of Music & Arts, London. He is also a published author; Intellect Press published his book Deleuze and Film Music.