Suite No. 1 for Organ by Florence Price: A Fusion of Many Elements

Florence Price (1857–1953) was an African American composer educated in the European tradition by male teachers. In a time of the black cultural awakening, she incorporated the black music idioms of spirituals, blues, and syncopated dance rhythms into traditional European musical forms. While she was the first black woman composer in history to have a symphony performed by a major symphony orchestra (Chicago), she was unable to have it published. Enter the organ suite, which enabled her to play her own composition. In this way, she was able to show that she was, indeed, a capable and innovative composer. 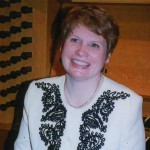 MaryAnn Hamilton was named college organist at Hobart and William Smith Colleges, Geneva, New York upon completion of her Doctor of Musical Arts at the Eastman School of Music in May 2000. She also holds a Master of Sacred Music from Union Theological Seminary. Her teachers have included David Higgs, John Weaver, and Gerre Hancock (improvisation). In addition to playing for college chapel services, she plays a monthly organ program called Music, Meditation and Munchies. She was a guest lecturer at the Creative Women during the Chicago Renaissance Symposium at Agnes Scott College, Decatur, Georgia. She is also parish musician at St. Peter’s Episcopal Church, Geneva, where she plays the organ for Sunday services and directs the Adult Mixed Choir. Previously, she served the Lutheran Church of the Incarnate Word, Rochester in various capacities for more than twenty years.