The Professional Organist as Successful Communicator

In times of economic turmoil, in which churches are closing, positions “downsized,” and salaries and job descriptions often lacking, the organist of 2014 can be helped by tuning-up and improving communication and negotiation skills. This workshop focuses on communication skills useful in navigating organists’ professional relationships. Clergy, choirs, music committees, parishioners, volunteer boards, colleagues, and agents are among a long list of professional relationships that the organist faces. This workshop reviews practical skills and approaches for communicating, as well as internal skills, that help the organist remain calm, focused, and well-composed. 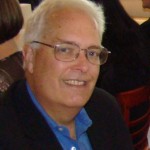 David Christopher Bellville, Ph.D., is a pastoral psychotherapist and consultant. A graduate of Boston University Graduate School, he also holds degrees from B.U. School of Theology and General Theological Seminary in New York City, and two degrees from Michigan State University. He has led workshops on reducing anxiety and stress (as at this convention), and other topics, for American Guild of Organists chapters and its 1990 national convention, and for churches, religious communities, and numerous professional groups in the United States and South America. He has an active practice in Brunswick, Maine. He is also married to an organist and is a clergy person himself.