Panel on the Young Organist

This panel addresses issues pertaining to young organists in their formative years as middle, high school, undergraduate, graduate, and doctoral students, as well as emerging concert artists and touring performers. A variety of issues are discussed, both musical and non-musical. The panel comprises three outstanding and accomplished young organists at various stages in their education and career: Chelsea Chen, Monica Czausz, and Raymond Nagem. Artist manager Phillip Truckenbrod offers his guidance on the performance career aspect of being an organist. The session includes time for questions and a round-table discussion. 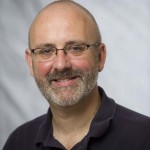 Richard Bunbury, Ph.D., retired from St. Theresa of Avila Church in West Roxbury in 2012, after thirty-two years, and now serves St. Dunstan’s Episcopal Church in Dover, Massachusetts. He is active as an organist, harpsichordist, and choral clinician. His recordings include Unchanging Love: Brass and Organ Music of Larry Thomas Bell (Albany Records). In addition to his church music, he pursues an academic career, including ten years on the faculty of The Boston Conservatory. In 2007, he was appointed to the full-time faculty in the Music Education and Musicology departments at Boston University. He is on the board of several professional organizations, regularly presents at research conferences, and writes for journals and standard reference works. He recently received a book contract from Scarecrow Press for the Dictionary for the Modern Organist. 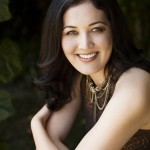 Organist and composer Chelsea Chen is internationally renowned for her concerts of “rare musicality” and “lovely lyrical grandeur,” and a compositional style that is “charming” and “irresistible” (Los Angeles Times). She has performed in venues around the world including Singapore’s Esplanade, Moldova’s National Organ Hall, Los Angeles’s Disney Hall and Philadelphia’s Kimmel Center, and her music has been aired on CNN.com, Pipedreams from American Public Media, Hawaii Public Radio, and Taiwan’s Good News Radio. Ms. Chen studied at Juilliard and Yale with Paul Jacobs, John Weaver, and Thomas Murray, and was a Fulbright Scholar in Taiwan. In 2013, she and German composer/violinist Viviane Waschbüsch formed their transatlantic VivaChe Duo to champion new chamber music for violin and organ. Ms. Chen is Artist-in-Residence/Organist at Emmanuel Presbyterian Church in Manhattan and at Coral Ridge Presbyterian Church in Florida. 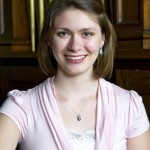 Monica Czausz is a rising junior at Rice University’s Shepherd School of Music, where she studies with renowned professor Ken Cowan. She is organ scholar at Christ Church Cathedral (Episcopal) in Houston, where she works with Robert Simpson and Bruce Power, and assists with the highly acclaimed Treble and Cathedral Choirs. She is the First Place winner of the 2013 William C. Hall Competition (San Antonio), the 2012 National L. Cameron Johnson Competition (Storrs, Conn.), and the 2011 National Oklahoma City University Competition. She has performed at notable venues in the United States, including Verizon Hall (Philadelphia), Cathedral of St. Joseph (Hartford), Edythe Bates Old Recital Hall (Houston), Christ Church Cathedral (Springfield, Mass.), and Macy’s Wanamaker Grant Court (Philadelphia). Before attending Rice University, she worked as organist and choir director at St. Paul’s Church (Episcopal) in Holyoke, Mass., where she led a small but enthusiastic music program. 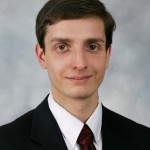 Raymond Nagem is associate organist at the Cathedral Church of St. John the Divine in New York, and a C.V. Starr Doctoral Fellow at The Juilliard School, where he teaches the survey course in organ literature. He is a student of Paul Jacobs. A native of Medford, Massachusetts, he began organ lessons with John Dunn while attending the Boston Archdiocesan Choir School. As the recipient of the first American Friends of Eton College Scholarship, he spent a year in England, studying music at Eton College with Alastair Sampson. He earned his B.A. from Yale University, where he studied with Thomas Murray, and his M.M. from Juilliard. He has held positions at The Parish of All Saints, Ashmont in Boston; Trinity Church, Southport, Connecticut; and Christ Church, New Haven.

Phillip Truckenbrod has represented American and European concert organists since 1967, and his company has exhibited at least once annually at national and regional American Guild of Organists conventions since 1971. He is a graduate of the University of Iowa and of the Lutheran Theological Seminary in Philadelphia, and for a number of years worked as arts and music editor and critic at The Star-Ledger, Newark, then the seventh largest daily newspaper in the country.