The Feminine Aesthetic in the Organ Compositions of Rolande Falcinelli

Organist, composer, and pedagogue Rolande Falcinelli (1920–2006) was the first woman to be named titular organist over a prestigious console in Paris, that of the Sacré-Coeur Basilica, in 1945; she was also a renowned professor at the Paris Conservatory for more than thirty years and a brilliant recitalist and improviser. Yet, her rich compositional legacy remains largely unknown. This paper introduces her various styles of organ composition and shows examples of feminine-coded material that appears throughout her opus, both subtly and overtly. 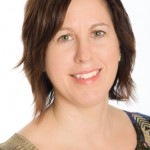 Lenore Alford obtained her Doctor of Musical Arts in organ performance, with special emphasis on sacred music, from the University of Texas at Austin, where she studied with Dr. Gerre Hancock. Musicology and women’s studies professor Dr. Andrew Dell’Antonio supervised her dissertation, titled Able fairy: The feminine aesthetic in the organ compositions of Rolande Falcinelli. She presented her research at the International Journal of Arts and Sciences Conference in Gottenheim, Germany in 2008; she also presented it in lecture recital form to the Peninsula chapter of the American Guild of Organists in 2010. An active recitalist in the San Francisco area, where she lives, she also presides over a growing music program at St. John’s Episcopal Church in Ross, where she is music director and organist. She is founder of the St. John’s Choir School, which follows the Royal School of Church Music curriculum and includes three graded children’s choirs.