Shape-note singing is a participatory tradition of sacred choral music rooted in the work of America’s first composer—Boston’s own Willing Billings. This historical, hands-on workshop demonstrates links between the vibrant living traditions of the rural south, the Yankee tunesmiths’ of Colonial America, and their common pedagogical forbears in Elizabethan England, such as Thomas Morley and Henry Playford. The workshop focuses in particular on eighteenth-century composers from the Boston area—an opportunity to engage with this vital and historical aspect of American sacred music. 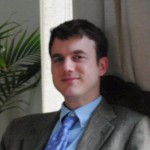 Thomas B. Malone, DMA, is the senior lecturer in choral and community music at UMASS Lowell. His work builds on pedagogies from outside the mainstream to enliven and inform vocal music in the classroom and concert hall. His 2009 dissertation examined the cultural praxis of traditional teachers in the shape-note tradition, and his personal collection of original music in the shape-note idiom. The Champlain Harmony was published in 2010. As director of UMASS Lowell’s Choral Union, his recent performances include Dido and Aeneas, Olias of Sunhillow by Jon Anderson of Yes, and a complete choral performance of the seminal album What’s Going On by Marvin Gaye.