Mozart’s Fantasie, K. 608 and its Performance: Beyond the Spieluhr

Do organists who perform Mozart’s Fantasie, K. 608 know how it sounded on the mechanical clock (Spieluhr), for which it was written? Would you like to hear it? Do we understand Mozart’s attitude toward this automaton? This paper gives the surprising answers to these and more questions. Because of their limited original medium, Mozart’s works for Spieluhr were always transcribed for other instruments: four-hand piano, string quartet, even orchestra. Indeed, K. 608 as written is physically impossible to perform on one instrument. Nevertheless, there are reasons—musical, historical, and practical—it is most appropriate for the organ. 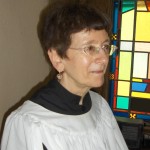 Jane Schatkin Hettrick, professor emeritus, Rider University, has edited the masses, symphonies, and organ concerto of Antonio Salieri, and music by numerous other eighteenth-century composers (published by A-R Editions, Doblinger, Garland, Hildegard, Vivace, and Denkmäler der Tonkunst, Österreich). She holds a DMA in organ from the University of Michigan and studied under a Fulbright scholarship with Anton Heiller in Vienna. She has written extensively on liturgical music, with articles and reviews in The American Organist, Fontes Artis Musicae, Journal of the American Musical Instrument Society, Gottesdienst, Sacred Music, Studien zur Musikwissenschaft, The Diapason, The New Grove Dictionary, Die Musik in Geschichte und Gegenwart, The Encyclopedia of Christian Civilization, and other journals and books. A practicing church musician, she was an editor of the hymnal Lutheran Worship. Specializing in the Baroque organ repertoire, she recently performed Mozart’s K. 608 for an international conference of the Mozart Society of America.