This paper surveys the lives and work of two vital early American musicians, Peter Pelham (1721–1805) and Charles Pachelbel (1690–1750), including the music they performed and composed, the organs they played, and their struggles to achieve professional success during turbulent colonial and revolutionary times. Pelham’s 1744 manuscript of keyboard lessons is the primary source for the musical examples. The manuscript contains several original works of Pelham and Pachelbel, as well as an excellent representation of the keyboard music popular in colonial America, including works by Handel, Thomas Arne, Johann Pepusch, Maurice Greene, and others. 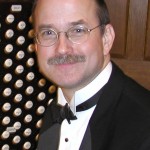 H. Joseph Butler is professor of music and university Organist at Texas Christian University, where he is also associate dean of the College of Fine Arts. He holds a Doctor of Musical Arts from the Eastman School of Music, a Master of Music from New England Conservatory, and a Bachelor of Arts from Bowdoin College. He studied organ with Russell Saunders, Yuko Hayashi, Harald Vogel, Bernard Lagacé, and Marion R. Anderson. He has performed widely in the United States, the United Kingdom, Hong Kong, and China. His recordings on the Pro Organo label have received critical acclaim; these include Julius Reubke: The Keyboard Works and Vive le Roi: The Music of André Raison. His editions of early American keyboard music, published by Wayne Leupold Editions, include The Peter Pelham Manuscript of 1744: An Early American Keyboard Tutor and The Keyboard Manuscript of Francis Hopkinson. He is represented by Windwerk Artists.