Christoph Graupner (1683–1760) was one of the best-known composers in Baroque Germany, eclipsing the contemporary fame of J.S. Bach. There are 1,418 extant church cantatas of his housed in Darmstadt’s Landes- und Hochschulbibliothek, the vast majority of which have never been published. This session assesses Graupner’s contribution to the genre by examining the fifty-five surviving Christmastide cantatas. The Christmas feast days in Darmstadt provide a balanced study because of the inclusiveness of penitential as well as joyous themes. A session includes a brief survey of Graupner’s life and examples from his cantatas, including recordings. 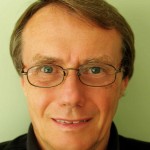 René Schmidt received his Bachelor of Arts from Luther College, and his master’s degree in organ and harpsichord from Southern Methodist University, where he studied under Bob Anderson and Larry Palmer. His Doctor of Philosophy in musicology is from the University of North Texas. He is organist/choirmaster at Christ Church Episcopal in Dallas, teaches at Dealey Academy, and has taught at the Anglican School of Theology in Dallas. He has performed with the Orchestra of New Spain and the Dallas Chamber Orchestra. He is president of the Dallas Music Educators Association and has served as director of the Dallas AGO chapter’s Recital Series and Educational Projects. An avid preservationist, he is president of the Junius Heights Historic District in Dallas, the largest collection in the Southwest of houses built in the arts and crafts style.