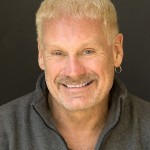 Joe Utterback—jazz pianist, composer, and recording artist—is director of music and organist at First Congregational Church, Stratford, Connecticut. He holds a Doctor of Musical Arts from the University of Kansas, Lawrence, and is a member of the music faculty of Sacred Heart University, Fairfield. His recent recording, Souvenirs!, marks fifty years of jazz performances, both internationally and throughout the United States. His more than 380 published compositions include many jazz-influenced organ arrangements of spirituals, gospel songs, hymns, and original material. His catalog also includes instrumental works with organ and voice, including three larger choral compositions: Missa Jazzis, Newton Requiem, and Love Remembered, published by Jazzmuze, Inc. 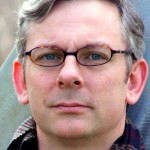 Andrew Shenton is a scholar, prize-winning author, performer, and educator based in Boston. He first studied at The Royal College of Music in London, and holds bachelor’s, master’s and doctoral degrees from London, Yale, and Harvard universities, respectively. He holds the Choir Training and Fellowship diplomas of the Royal College of Organists. He has toured extensively in Europe and the United States as a conductor, recitalist, and clinician, and has received numerous scholarships and awards, including Harvard’s Certificate of Distinction in Teaching and a Junior Fellowship from the Humanities Foundation at Boston University. Moving freely between musicology and ethnomusicology, his work is best subsumed under the heading “music and transcendence,” and includes several major publications on Messiaen, Pärt, and others. He is associate professor of music at Boston University, artistic director of the Boston Choral Ensemble, and director of music at St. Peter’s Episcopal Church in Weston, Massachusetts.