Are you establishing a concert series in your church or producing a single concert, or has your existing series been in a slump and you need new ideas? Learn proven strategies for success in this workshop, which addresses: artistic programming; ticket sales; writing musician contracts; printing programs; hosting pre- and post-concert receptions; marketing and free advertising via social media and networking; CD and media sales; fundraising; and, finally, how to attract as large an audience as possible. 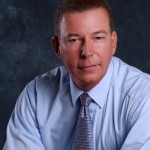 Brian Bogdanowitz has been a musician since the age of twelve, studying organ, piano, electronic music, and voice. He has been music director for churches of many denominations. He is a composer, arranger, accompanist, and an accomplished theater organist. He also writes scores for silent movies. He has three CDs and a DVD to his credit, some published works on the way, and a mass written for the Catholic Church using the new text. He taught elementary through high school music for fifteen years. He has appeared on public television many times playing the theater organ; he has his FCC license, had his own radio show, and has been a champion of the organ all his life. He has directed community theater musical productions, and instituted successful concert series in the churches at which he has been employed.