James Woodman’s Eight Little Harmonies and Counterpoints is intended for pedagogical use.

The “Eight Little Preludes and Fugues” (BWV 553–560) are among the first works almost all young organists encounter early in their training. They are justifiably popular with both students and teachers: modest in technical difficulty, transparent in formal organization, full of life and drama, and just plain fun to play. I admire them as a composer, but for some years I had been pondering what a more contemporary set might consist of.

The overall organization of my collection is the same as its model: eight paired works (the first of each pair built on harmonic ideas, the second on contrapuntal); modest in duration and technical demand (each pair about 4’15”, pedal difficulty ranging from very easy to moderately challenging); and perhaps rather surprisingly, complete absence of any dynamics or registration. This is because I believe the notational spareness of the first set is a real gift to both the young organist and the teacher. It is never too soon to begin the development of ear and taste in matters of registration. In the case of my own collection, experimentation isn’t just healthy, it’s essential. Try a piece on 8’ and 4’, then on a full principal chorus. Which suits the work better? Or do they both work? How does registration affect touch? Do those gradually built-up tone clusters sound better on the voix celeste or a krummhorn? I cherish the invitation to creativity that the openness of an organ score by Bach or Frescobaldi gives; I hope others will find the same opportunity in this score. “ (From the composer’s note)  Eight Little Harmonies and Counterpoints is available from Thorpe Music. 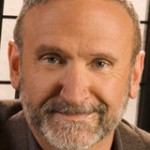 James Woodman was born in Portland, Maine, and educated at Phillips Exeter Academy, Princeton University, and the New England Conservatory. He was appointed the first composer-in-residence at the Cathedral Church of St. Paul, Boston, and currently serves as monastery organist for the Society of St. John the Evangelist in Cambridge. He is frequently sought as a composer of organ and choral works; recent commissions include works for The Memorial Church at Harvard University, concert organist Peter Sykes, and the tricentennial celebrations of Green’s Farms Congregational Church, Westport, Connecticut. His compositions have been widely programmed; his work has been performed at Magdalen College, Oxford; La Trinité, Paris; Festival Internationale de l’Orgue Ancien, Sion, Switzerland; Domkirche, Berlin; Minato Mirae Concert Hall, Yokohama; and St. Thomas Episcopal Church, New York; and on National Public Radio’s Pipedreams and on recordings by Peter Sykes, Nancy Granert, Mark Brombaugh, and the Boston Boy Choir.