Over the centuries, relationships between parish musicians and clergy have been fraught with frustration, dysfunction, and disaster, at times providing us with amusing anecdotes and at other times unfortunate tales of professional catastrophe. This workshop explores the facets of healthy and unhealthy clergy-musician relationships and provides an open forum for honest discussion and debate. The presenters offer insights and practical advice from their combined experiences and provide resources for further consideration. Clergy are strongly encouraged to participate. This is not a bashing, complaining, or therapy session! It is an opportunity to share and learn from each other.

Nicole Keller is in demand as a solo and chamber music recitalist and clinician, performing regularly on the organ, piano, and harpsichord in the United States and abroad. She is on the faculty of Baldwin Wallace University, with previous positions at Cleveland State University and the 2010 Internationale Orgelakademie at Dom St. Stephan in Passau, Germany. Her extensive church music experience includes work with volunteer and professional choirs and instrumental ensembles devoted to the highest level of music for worship. She has created organ and choral scholar programs at small to mid-size parishes, developed successful children’s choir programs, and led choirs on tour, including a residency at Bristol Cathedral in the United Kingdom in the summer of 2011, with concerts at Bath Abbey and Canterbury Cathedral. She currently serves The Community of Saint John, a newly formed, independent faith community devoted to high standards for worship and music. 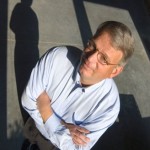 Brian Suntken was born in New Brunswick, New Jersey, the son of a Dutch Reformed minister, and grew up in New York City. Before going into the ordained ministry, he earned his Bachelor of Arts in vocal performance at the Manhattan School of Music. After his first year of graduate work, the French Government awarded him a scholarship to study in Paris at L’École Normale de Musique. He later earned his Master of Divinity from the General Theological Seminary, and served as an Episcopal priest for twenty-three years. He is now the minister for The Community of Saint John, an independent community of faith in Hudson, Ohio. As a teacher, his résumé includes courses ranging from “The Life and Operas of Giuseppe Verdi” to “Herod the Great.” He also records and produces television shows for Hudson Cable Television and Kent State University.