The Organ Music of Ned Rorem

American composer Ned Rorem (b. 1923) has contributed an important body of work to the organ repertory. His compositions encompass a variety of styles and levels of difficulty, ranging from short, simple tonal movements in two voices through extended, virtuosic works that include bitonality and atonality. This workshop surveys Rorem’s entire corpus of solo organ music, and includes live performances of a selection of contrasting individual pieces and excerpts. A list of Rorem’s organ compositions in graded order of difficulty are provided, as well as a list of movements suitable for use in worship services. 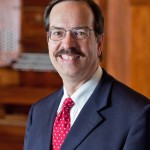 Charles Boyd Tompkins is university organist and professor of music at Furman University, Greenville. A graduate of the Eastman School of Music and the University of Michigan, he has performed at universities and major churches throughout the United States, and has played recitals at Notre-Dame, Paris; the Kennedy Center, Washington, D.C.; for the Piccolo Spoleto Music Festival, Charleston; and for national and regional conventions of the American Guild of Organists, Association of Anglican Musicians, Music Teachers National Association, and the College Music Society. His performances have been broadcast on American Public Media’s Pipedreams radio program. Organist of Greenville’s historic First Baptist Church since 1997, he has also served as organist and choirmaster of Hamline United Methodist Church, St. Paul, Minnesota, in a joint appointment as professor of music at Hamline University, and as organist of Christ Church Cathedral, Rochester.