The Community Hymn-Sing is Alive, Well, and Coming to Your Town

Learn how to prepare and execute a successful, engaging, community hymn-sing festival. Based on the Portland, Maine Kotzschmar Organ’s Centennial Celebration, this workshop covers guiding principles, preparations, development, and implementation. Attendees will receive the Centennial Celebration program booklet and participate in a shortened mock-dress rehearsal, as it was conducted with Portland’s choir of 200 singers. Learn how to create an uplifting experience for your choir and community, and how to have fun doing so! 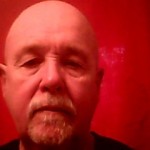 From 1992 through his alleged retirement in 2007, John Sullivan, FAGO, was the “music man” at Poughkeepsie Day School, where he taught elementary and middle school classroom music. He is currently the district convener for Northern New England for the American Guild of Organists, and organist and music director at St. George’s Episcopal Church, York Harbor, Maine. He has served the Guild as dean of the Central Hudson Valley and Portland chapters, coordinator of the Regions II/III convention in 2005, and the Portland chapter’s Pipe Organ Encounter in 2013. He was also on the planning committee for the Kotzschmar Community Hymn Sing in 2011. He holds a Bachelor of Arts in English from Marist College, Poughkeepsie; a Master of Arts in music education from New York Universit;, and the Fellowship Certificate from the Guild.