This workshop focuses on the Bach Complete Organ Works Editions recently launched by Breitkopf & Härtel in Germany and Wayne Leupold Editions in the United States. David Schulenberg, editor of the Preludes and Fugues in the Breitkopf edition, and George B. Stauffer, general editor of the Leupold edition, compare notes and discuss issues raised by early manuscript sources, past editorial traditions, “Bach circle” works, and modern performance expectations. In the course of the workshop, the true composer of the Eight Short Preludes and Fugues is revealed. 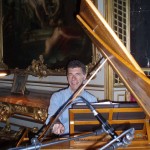 David Schulenberg is a musicologist and performer, specializing in the works of the Bach family. Author of The Keyboard Music of J.S. Bach and the textbook Music of the Baroque, he is also a contributor to the new complete edition of the works of C.P. E. Bach. His book The Music of W.F. Bach was published in 2010, and The Music of C.P.E. Bach is forthcoming in 2014. His chamber music recordings on harpsichord and fortepiano are issued on the Naxos and Hungaroton labels. He has taught at Wagner College and in the historical performance program at The Juilliard School. 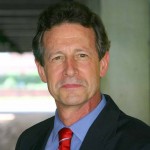 George B. Stauffer is dean of the Mason Gross School of the Arts and distinguished professor of music at Rutgers University. Educated at Dartmouth College, Bryn Mawr College, and Columbia University, he is known for his writings on the music of the Baroque era and the life and works of J.S. Bach, in particular. He has published eight books, including, most recently, J.S. Bach: The Mass in B Minor and The World of Baroque Music. He is currently at work on the volume Why Bach Matters for Yale University Press. As an organist, he studied with Robert Elmore, John Weaver, and Vernon de Tar, and served as Chapel Music Director and University Organist at Columbia University from 1977 through 1999. He is a past president of the American Bach Society and currently general editor for the Wayne Leupold Edition of the complete organ works of J.S. Bach.