The Lost Organ Temperaments of the Renaissance, 1400–1600

Two families of temperaments, lost until now, were predominant in the fifteenth and sixteenth centuries. Meantone has been incorrectly viewed as the temperament in use in those centuries; it came into use later than previously thought. Widespread use of the lost temperaments is supported by both treatises and physical evidence, which indicate that they had pure thirds, and notably that the tempering was unevenly concentrated to favor the organization of the Church modes. These temperaments, together with tonal design characteristics of Renaissance organs, enhanced the now-lost practice of playing sacred vocal music on the organ. 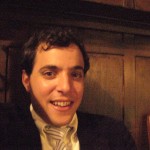 Adam Rahbee (b. 1976) studied organ and clavichord with Peter Sykes from an early age. He served as a board member of the Boston Clavichord Society, and has performed on clavichord at the Boston Early Music Festival and in a masterclass with Christopher Hogwood. He holds degrees in civil engineering from Northeastern University and from the Center for Transportation Studies at the Massachusetts Institute of Technology. He has worked in public transit authorities in Boston, New York, Chicago, and London, and has authored and co-authored numerous publications in that field. Scholar Mark Lindley tutored Mr. Rahbee in the mathematics of temperament. Mr. Rahbee has since prepared an extensive review of original sources on temperament from 1400 through the Baroque period. In conjunction with this research, he has begun to revive the practice of playing Renaissance vocal polyphony directly on the organ.