The Kotzschmar Organ: The Road to the Centennial Renovation

John Bishop, chair of the Organ Committee of Friends of the Kotzschmar Organ in Merrill Auditorium, City Hall, Portland, Maine, describes the history of the Centennial Renovation of the beloved, iconic instrument from awaking realization that the instrument was in failing condition, through the process of requesting proposals and choosing an organbuilder, establishing a campaign to raise funds, and overseeing the actual renovation.  In August of 2012, FOKO hosted a Centennial Festival of workshops and concerts played by many “Old Friends” of the organ, culminating with a Gala Concert on the evening of the actual anniversary.  The following morning, the staff of Foley-Baker, Inc. of Tolland, CT began dismantling the organ for shipment to their workshop.  The first phase of installation of the renovated organ was completed in the summer of 2013.  In September of 2014, the renovated organ will be re-dedicated in a Festival Concert. 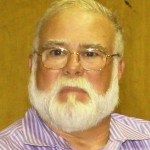 John Bishop has been involved in the design, building, maintenance, and playing of pipe organs for more than thirty years. He holds a degree in organ performance from the Oberlin College Conservatory of Music. He has served as director of music for large parishes in downtown Cleveland and suburban Boston, the latter for more than seventeen years. He served a nine-year apprenticeship with an organ builder in Ohio and as shop foreman for a New England firm before founding the Bishop Organ Company in 1987. The Bishop Organ Company has focused on the restoration and rebuilding of distinguished vintage pipe organs throughout New England. Principal clients have included Trinity Church in the City of Boston; The First Church of Christ, Scientist (The Mother Church); Boston University; Church of the Covenant; and First Church of Boston.