The Finnish language came into being as a written language at the beginning of the sixteenth century, though it had existed as a spoken language for a considerable time before this. Due to the influence of the Reformation, the Finnish and Swedish languages began to be used alongside Latin in the Diocese of Turku. This paper explores the few dozen manuscripts of liturgical sheet music in Finnish archives from the sixteenth and seventeenth centuries that contain chants in Latin, Swedish, and Finnish, modified from the original Latin chants, all unique with their own distinctive characteristics. 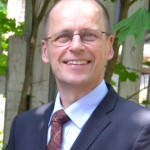 Jorma Hannikainen, D.Mus., head of the church music department at Sibelius Academy, Helsinki, Finland, where he supervises and tutors doctoral students at the DocMus (Doctoral School). His dissertation, Suomeksi suomalaisten tähden (“In Finnish for the Finns” [2006]) observed the relationship between text and melody in Michael Bartholdi Gunnaerus’ collection of Introits (1605), adapted to Finnish translations. Until 2007, he served as a church musician and a choir leader.