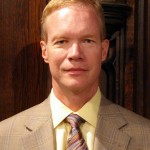 Ross Wood became associate organist and choirmaster of The Church of the Advent, Boston, in 2001. He studied with Russell Saunders at Eastman and Robert Anderson at Southern Methodist University. From 1985 through 2001, he was associate organist at Trinity Church, Copley Square.

Among Mr. Wood’s recital appearances are New York’s St. Patrick’s Cathedral, St. Thomas Church, Church of St. Mary the Virgin, the Cathedral of St. John the Divine, and Trinity Church, Wall Street. In France, he has appeared at Notre-Dame de Paris on two occasions and at festivals in Bourges and Carcassonne. Equally appreciated as an accompanist, he has four critically acclaimed recordings with the Trinity Choir. He accompanied that choir on tour at Westminster Abbey and St. Paul’s Cathedral, as well as Ely and Chichester cathedrals. As a freelancer, has performed with the Boston Symphony Orchestra under James Levine and with the Boston Pops under Keith Lockhart.