Repertoire by American Composers for the Beginning Organist

Many of the method books in use today contain Eurocentric teaching repertoire for the beginning organist. While this has introduced important European composers and traditions to organists at early stages of development, we must broaden our perspective by increasing our knowledge of teaching repertoire by American composers.  This workshop examines works by composers from the late eighteenth-century through the twenty-first century. Repertoire is presented in categories (e.g., manuals-only, trios, homophonic textures, works requiring console technique, and contrapuntal works for hands and feet). It also includes a discussion on ways to integrate this repertoire into lessons. 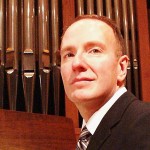 David Heller is professor and chair of the Department of Music at Trinity University in San Antonio, where he also holds the title of university organist. He holds degrees from Lawrence University and the Eastman School of Music, where he was also awarded the Performer’s Certificate. His teachers have included Miriam Duncan and Russell Saunders, with post-doctoral study with Gerre Hancock and David Craighead. He is the author of the acclaimed Manual on Hymn Playing (G.I.A. Publications), and numerous reviews of organ literature for Cross Accent. He has performed extensively throughout the United States, and internationally in Canada, England, France, Guatemala, Mexico, Scandinavia, and South Korea. He has four solo recordings in distribution on the Calcante and Pro Organo labels. He serves as associate organist for St. Luke’s Episcopal Church in San Antonio.