An organist may wish, or be called upon, to play harpsichord continuo with instrumental or vocal forces. Harpsichord Boot Camp for Organists offers practical ideas for greater understanding of harpsichord touch, distilled from historic sources and personal experience—the importance of the pluck, sound and silence, and achieving dynamic contrasts. Beyond simple practicality, the workshop explores how the various possibilities of expression on the harpsichord translate beyond wire and quill to pipes and pallets. The goal is to provide the means to new inspiration and confidence for the organist—at either keyboard—and refinement of technique on both. 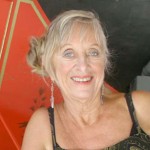 Margaret Irwin-Brandon specializes in early keyboard instruments. Her performances of Bach’s Well-Tempered Clavier, l and II, at Carnegie Hall’s Weill Recital Hall and received critical acclaim. She has been a soloist in European and American organ festivals and at American Guild of Organists and Organ Historical Society national and regional conventions. She was on faculty at Mount Holyoke College, Oberlin College Conservatory of Music, and the University of Oregon. As founding artistic director emerita of Arcadia Players Baroque Orchestra, she produced and directed multimedia performances and played continuo for more than 250 programs. She is a member of the Board of Advisors of the Boston Clavichord Society and the Westfield Center, and is an associate fellow of Davenport College, Yale University. She holds degrees from Pacific Lutheran University and New England Conservatory. As a Fulbright scholar in Germany, she studied organ with Karl Richter and continued harpsichord studies with Gustav Leonhardt.