Discovering the Dramatic Essence in Liszt’s Prelude and Fugue on B.A.C.H.

Franz Liszt’s Prelude and Fugue on B.A.C.H. represents something radically new in the organ repertoire: it is the first major organ work in which gradual changes of dynamics and tempo are essential elements of expression and structure. This paper applies Hugo Riemann’s theories to B.A.C.H., showing that the pacing and dynamic shape—or musical flow—of the piece are affected by dynamic tension, from the motivic level to the larger structural level. The paper draws on organ descriptions and texts on registration, tempo, articulation, and phrasing in the German Romantic tradition generally and in sources that relate to Liszt specifically. 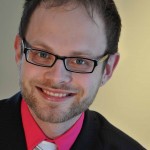 Norwegian organist Lars Gjerde earned doctoral and master’s degrees in organ performance, and sacred music diploma, with David Higgs and Hans Davidsson at the Eastman School of Music. He studied harpsichord with William Porter and jazz piano with Tony Caramia. He received degrees in music and German from Augustana College of Liberal Arts in Sioux Falls, South Dakota, and from the Edvard Grieg Academy in Bergen, Norway. He has won many scholarships, participated in academies and performed around America and Europe, and played on Pipedreams. He is director of music at Bethesda Lutheran Church in New Haven. He is dean and 2015 regional convention coordinator for the New Haven chapter of the AGO. His 2013–2014 guest lecture and performance appearances include Eastman’s EROI festival, Yale University, Augustana College, and DePauw University. His research on organ music from Norway was featured in the Norwegian Church Music Magazine in 2013.