Learn tips and tricks for designing print and electronic materials, including concert programs, brochures, church bulletins and newsletters (you never know when you’ll become the Secretary!), postcards, and websites. Topics include fonts, graphics, whitespace, and general formatting. The workshop is geared towards those with intermediate computer experience. Microsoft Word and Publisher, as well as Dreamweaver, are featured, although the ideas shared are applicable to other programs on all operating systems. Handouts are available, and a sampling of print materials is available onsite for exploring additional ideas. 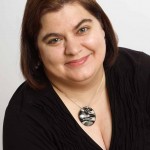 Heidi Kohne is a freelance organist in Portland, Oregon, after holding the position of music director and organist (and, later, financial secretary) at Mt. Tabor Presbyterian Church for eleven years. She received her Bachelor of Music from DePauw University and Master of Music from Indiana University, both in organ. She also holds Service Playing and Colleague certificates from the American Guild of Organists. She was on the steering committees for the Guild’s 2007 Region VIII convention and 2011 POE, both in Portland. She has performed at two Guild conventions: the 1996 national convention in New York City, as part of a POE workshop, and the 2013 regional convention in Salem, Oregon, her hometown, as a recitalist. Currently, she is the secretary and part-owner of a family-owned rural telephone company in Illinois. A past dean of the Portland AGO chapter, she is the current treasurer and webmistress.