Singing, hearing, speaking, practicing, and performing are all bodily actions that shape the self. Church music perceived as a form of meliorative praxis that can contribute to a prosperity of life can be described as Somaesthetics. Carrying traces of specific meaning, this music unfolds and calls for an ethic that arises from the discourse of the embodied human soul and the revelation of the neighbor within his alterity?it obtains concrete meaning through the thematic thinking of the entirely Other. The transformative power of this thinking enables rich meaning of this music and relevantly articulates the church musician. 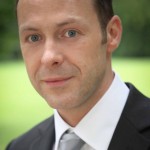 Christoph Schlütter received the Diploma A in Church Music from the Protestant School for Church Music in Halle/Saale, Germany. During his studies, he was an intern at Old South Church in Boston. Masterclasses with Quentin Faulkner, Ludger Lohmann, and Almut Rößler added to his education as an organist. Studies in art song and oratorio complemented his further formation. He performed numerous concerts in Germany as an organist, conductor, and singer, including the International Händel-Festspiele in Halle and the Bachfest Leipzig, amongst others. Concert tours brought him to France and the United States. Between 2007 and 2011, he was a research associate for the faculty of theology at the Martin-Luther-Universität Halle-Wittenberg and, from 2005 through 2012, assistant organist at St. Nikolai in Leipzig. He currently lives in Brussels, working on his graduate thesis, entitled “Church Music Somaesthetics”.