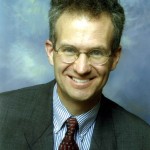 Bruce Neswick is associate professor of organ at the Indiana University Jacobs School of Music, having come to that post from the Cathedral of Saint John the Divine in New York City, where he served as director of music and conducted the Choir of Girls, Boys, and Adults. He is a graduate of Pacific Lutheran University and the Yale Institute of Sacred Music, and holds Fellowship certificates from both the American Guild of Organists (AGO) and the Royal School of Church Music. His teachers included David Dahl, Margaret Irwin-Brandon, Gerre Hancock, Robert Baker, and Lionel Rogg. A winner of three improvisation competitions—including the first National Competition in Organ Improvisation, held at the AGO’s 1990 national convention in Boston—he is also a published composer of organ and choral music. He has performed and taught at many AGO regional and national conventions. He is represented by Truckenbrod Concert Artists.