No detailed description of Bach’s keyboard instruction has yet come to light, but information from his students and contemporaries allows a reasonably accurate reconstruction. Though distinguished by its rigor, Bach’s keyboard instruction followed procedures common in eighteenth-century Germany: proficiency in basic figured-bass and the realization of figured-bass chorales, leading to ever-more elaborate musical forms and processes, and culminating in the simultaneous mastery of keyboard improvisation and composition. 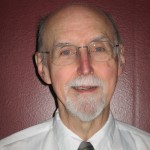 Quentin Faulkner is Larson Professor Emeritus of Organ and Music Theory/History at the University of Nebraska-Lincoln, where he taught organ and developed a series of courses in church music. During the winter semester 1998–1999, he was Fulbright Guest Professor at the Protestant College of Church Music, Halle/Saale, Germany. He has performed numerous organ recitals in the United States and in Europe, in particular on historically significant organs. He is the author of J.S. Bach’s Keyboard Technique: A Historical Introduction (1984); Wiser than Despair (1996), a book on the history of ideas in church music; and Basic Bach (1997), an edition of Bach’s Orgelbüchlein and three free works. Since 2008, he and his wife, Mary Murrell Faulkner, have led four Bach’s Organ World tours to Central Germany.