Blending the Popular and the Profound: Organ Concerts at the Chicago World’s Fair

The 1893 World’s Columbian Exposition in Chicago was a watershed moment in American organ culture. Over the course of four months, twenty-one of the finest American organists, along with Alexandre Guilmant of Paris, performed sixty-two solo recitals on a new four-manual organ built by Farrand and Votey, effectively paving the way for the rise of the solo organ concert in the United States. This paper uses a newly created database to present a detailed analysis of concert programming trends at this seminal event, revealing a complex mixture of “popular and profound” elements at play. 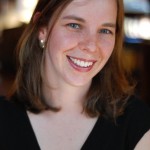 Prizewinning organist Annie Laver has performed throughout Europe and the United States. She has been recognized with a number of awards, including second prize in the 2010 American Guild of Organists National Young Artist Competition in Organ Performance. She holds degrees from the Eastman School of Music (M.M. and DMA, Organ Performance) and Brown University (B.A.). She has studied with Hans Davidsson, David Higgs, and William Porter (Eastman); Jacques van Oortmerssen (Conservatory of Amsterdam); and Mark Steinbach (Brown University). She is an instructor at the Eastman School of Music, where she teaches organ literature for graduate organ majors and healthy keyboard technique for all incoming organ students. Her current research interests focus on historical programming trends in nineteenth-century America. She is music director at two historic city churches in Rochester, The Church of St. Luke and St. Simon Cyrene (Episcopal), and St. Michael’s Church (Roman Catholic).