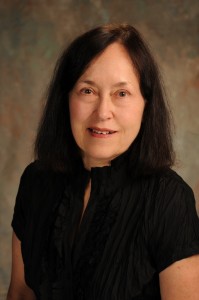 Rosalind Mohnsen, Ch.M, has had a long involvement with historic American organs, having performed for twenty-one conventions of the Organ Historical Society, and for the International Society of Organbuilders. She has also performed in such venues as Methuen Memorial Music Hall; City Hall in Portland, Maine; Yale University, and the National Shrine in Washington, D.C.; as well as in Latvia and Sweden. She has been a frequent performer for Boston’s First Night New Year’s Eve celebrations, and has performed for American Guild of Organists chapters in Richmond, Lincoln, and Pasadena. A native of Nebraska, she received a Bachelor of Music in Education in piano from the University of Nebraska, and a Master of Music and Performer’s Certificate in organ from Indiana University. She has studied with Myron J. Roberts, Conrad Morgan, and Robert Rayfield, and in Paris with Jean Langlais. She is director of music and organist at Immaculate Conception Church of Malden/Medford, Massachusetts. She served as interim organist and director at the Cathedral of The Holy Cross in Boston, has sung with Cathedral Festival Choir, and sang with Sharing a New Song Chorus on its tours of Cuba and Russia. She was initiated into the Pi Kappa Lambda musical honorary society and Sigma Alpha Iota musical fraternity.