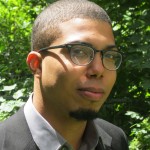 Alcee Chriss III has performed in the United States and Europe and is emerging as an outstanding young concert artist of virtuosity and versatility. He has won top prizes at international competitions, receiving First Prize and Audience Prize in the 2014 Miami International Organ Competition and First Prize in the 2013 Albert Schweitzer Organ Competition. In his native Texas, he won first place in the 2013 Regional Competition for Young Organists, sponsored by the Austin AGO Chapter. He is in his fifth year at the Oberlin College Conservatory of Music, where he is pursuing a Bachelor of Music in organ performance and a Master of Music in historical performance (organ and harpsichord), studying organ with James David Christie, Olivier Latry, and Marie-Louise Langlais, and harpsichord with Webb Wiggins. He served as the 2011 organ intern at the Church of the Transfiguration (Episcopal) in Dallas, where he studied church music under Joel Martinson.  He currently serves as minister of music at the historic Euclid Avenue Congregational Church in Cleveland. 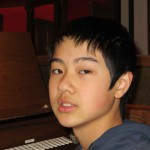 Paul Lim is a home-schooled eighth-grader and a student in Pamela Miller’s
studio in Salem, OR. He began piano lessons at age six and has been studying organ for the past three years. Paul won his first music competition at the Sonatina Festival in Roseburg in 2010. The following year, he was awarded medals in both organ and piano at the OMTA Junior Bach Festival. In 2012, he played Mozart’s Piano Concerto No. 12 in the
Wiscarson Concerto Competition and placed second. Paul plays both organ and keyboard during worship services at his church in Corvallis, and he enjoys the camaraderie of other young musicians 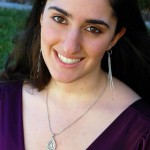 Chinar Merjanian, age 19, has been playing organ for ten years. She was trained in piano and organ by her mom, Christine, since early childhood, and since 2011 has been studying organ under Margaret Martin Kvamme. In 2007, she was the co-winner of the AGO San Jose chapter’s Fraiser organ scholarship. From 2007-2013, she served as accompanist and organist at First Presbyterian Church of Mountain View, CA, and is currently organist at Cambrian Park United Methodist Church in San Jose, CA. Chinar is a communication studies major at San Jose State University, where she also involves herself in choir, dance, and campus ministry.