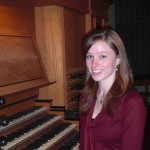 Jennifer McPherson recently graduated cum laude from the College of the Holy Cross, Worcester, Mass. She was the Holy Cross Organ Scholar of the class of 2013 and studied with James David Christie. Previously, she studied with Abbey Hallberg-Siegfried in Portsmouth, N.H. Jennifer has performed throughout New England as a recitalist, including at the Old West Church and King’s Chapel in Boston, as well as All Saints Episcopal Church and Mechanics Hall in Worcester. As guest organist with the Boston College University Chorale (John Finney, director), she has performed on tours of Ireland and Prague. At the age of 21, Jennifer was awarded third prize in the 2012 International Jan Pieterszoon Sweelinck Organ Competition in Amsterdam, the Netherlands. She is pursuing an MM degree in historical performance at the Oberlin Conservatory of Music, studying organ with Jonathan Moyer and harpsichord with Webb Wiggins. 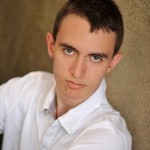 Ryan Kennedy is a freshman in the combined Columbia University/Juilliard School exchange program. He studies with Paul Jacobs at Juilliard, while pursuing a degree in physics at Columbia. Before college, he was a student of Timothy Lewis at the Music Conservatory of Westchester. He has held positions in Episcopal, Presbyterian, Methodist, and Roman Catholic churches in his native Hudson Valley, and most recently at the historic Zion German Evangelical Lutheran Church in Brooklyn Heights. He has participated in several masterclasses with John Grew, Olivier Latry, and Michel Bouvard. While he is devoted to the organ, Ryan is also an accomplished pianist and composer, with a particular interest in opera and vocal accompaniment. He has worked for the Caramoor Bel Canto Festival, and made his Carnegie Hall debut, in 2010, accompanying lieder on the piano. 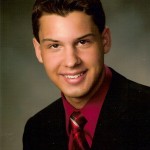 A native of Pittsburgh, PA, Nicholas Capozzoli is a junior at the Oberlin Conservatory of Music, where he is a student of James David Christie and is majoring in organ performance. He began his musical studies at the age of nine and received initial train- ing from Liz Stumpf and Kathy English. He soon took an interest in the organ, and through the Pittsburgh Organ Academy of the Pittsburgh AGO Chapter, he studied with Richard Pinkerton. He is the first-place winner of several competitions, including the Pittsburgh Concert Society Audition for Young Organists, the Carol Teti Memorial Organ Competition, the Blackwood Theater Organ Society Scholarship Competition, and the Music for Mount Lebanon Scholarship Competition. In August 2013, Nicholas played a recital at the National Association of Pastoral Musicians Convention in Washington, D.C. He has participated in masterclasses conducted by Jane Parker- Smith, Hector Olivera, and Jack Mitchener, and has performed in several venues, including St. Paul Cathedral and Heinz Chapel (Pittsburgh, PA), Bower Chapel (Naples, FL), and St. Peter Cathedral (Erie, PA).