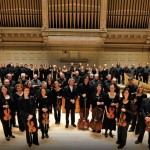 Founded in Boston in 1815, the Handel and Haydn Society is considered America’s oldest performing arts organization in continuous existence and one of the nation’s preeminent choral and period instrument ensembles. It gave the American premieres of many choral masterworks—including Handel’s Messiah (1818), Haydn’s Creation (1819), Bach’s St. Matthew Passion (1879)—and has played an active civic role for 200 years. Today, under Artistic Director Harry Christophers, it is widely known through its nine-program series at Boston’s Symphony Hall and Jordan Hall; community programming; tours; WGBH and NPR broadcasts; and recordings. Its annual performances of Handel’s Messiah have been a Boston tradition since 1854, and its education programs serve 10,000 children each year through public school visits and chorus partnerships, youth choruses, and pre-professional vocal training.

H&H has recently been featured in The New York Times, The Wall Street Journal, The Boston Globe, the Los Angeles Times, and Gramophone (UK). In 2011, The Hub Review (Boston) dubbed H&H “the best chorus in New England.” It won a Grammy Award in 2003, and, in 2005, had two recordings simultaneously on Billboard’s top ten classical music chart. Its first recording collaborations with Harry Christophers, a Mozart trilogy on the CORO label, were recorded live at Symphony Hall (released 2010–2012), followed by Haydn, Vol. 1 and An American Christmas (2013); Handel Messiah is forthcoming in fall 2014. 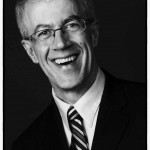 John Finney has been Handel and Haydn Society chorusmaster since 1990, occupying the Cabot Family Chorusmaster Chair, and was named associate conductor in 1992. He has directed many H&H performances, including Handel Messiah at Symphony Hall in 1997 and 2004, and sold-out performances of A Bach Christmas at Jordan Hall in 2010 and 2012. He is widely praised for his harpsichord and organ playing. He holds degrees in organ performance from the Oberlin College Conservatory of Music and The Boston Conservatory. He is the distinguished artist-in-residence at Boston College, where he serves as director of the University Chorale and conductor of the Boston College Symphony Orchestra. He has directed the Boston College Chorale on concert tours in major cities throughout the world, including Berlin, Prague, Vienna, and Rome. He recently celebrated his twenty-fifth anniversary as director of music at Wellesley Hills Congregational Church. Since 1987, he has been music director of the Heritage Chorale in Framingham, and has led that ensemble in performances of such major works as Mendelssohn’s Elijah and Verdi’s Requiem. He has served on the faculty of The Boston Conservatory and taught for six years at the Academy for Early Music in Bressanone, Italy.