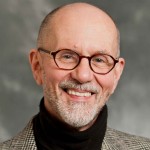 Douglas Murray is Professor, Department of English, Belmont University, Nashville, Tennessee.  He is author of numerous articles on 18th-century fiction and edited (with Margaret Anne Doody) Jane Austen’s Catharine and Other Writings (Oxford World’s Classics).  He studied organ with Larry Lowder, Stanley Scheer and Van Quinn in his native North Carolina and has attended improvisation workshops with William Porter, Jeffrey Brillhart, Gerre Hancock, Rick Erickson, Bruce Neswick and Pamela Ruiter-Feenstra.  In Nashville, he has coached with Wilma Jensen.  He was interim organist at First Presbyterian Church, Nashville in 1999, then organist there from 2001-2010.  He has also been assisting organist at Christ Church, Nashville, working under Michael Velting and Peter Fyfe.  He was an NCOI Semi-Finalist and Finalist in 2012 and was a runner up in the University of Michigan Competition in October 2013.  He is now organist at McKendree United Methodist Church, Nashville’s historic downtown Methodist congregation.