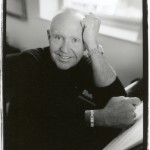 James Busby is in demand throughout the Northeast as a vocal coach, collaborative pianist, and organist. The Boston Globe’s Richard Dyer praised his “skill and conviction,” stating “the real illuminations came from Busby’s insightful and elegant playing.” He is an alumnus of New England Conservatory and was recently awarded an honorary Doctor of Music by Nashotah House Theological Seminary for his “faithful commitment to excellence in sacred music.” He studied piano with Julius Chaloff and Kyriena Siloti and organ with George Faxon and Max Miller; he later studied with noted vocal coaches Felix Wolfes and Olga Averino and conductor John Moriarty. Recent performance venues include Tanglewood and Weill Recital Hall (Carnegie Hall). He is frequently heard on WGBH, and has given recitals in England, France, Switzerland, and Germany. Since 1993, he has served as organist and choirmaster of S. Stephen’s Church in Providence, in the heart of the Brown University campus.