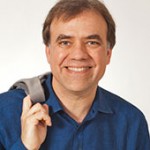 The Boston Landmarks Orchestra, Christopher Wilkins, Music Director, was founded in 2001 by Charles Ansbacher. The orchestra performs free concerts in the summer that bring people together to enjoy the power of great music. Since 2007, Landmarks has made the DCR’s Hatch Shell on Boston’s Esplanade its principal home. Currently the orchestra performs in neighborhoods throughout the Boston area, and at the Hatch Shell every Wednesday night between mid-July and late August. The Landmarks Orchestra’s mission is to create important and moving experiences for diverse communities throughout metropolitan Boston. The orchestra is recognized as a national leader in eliminating barriers to access, including those of cost, location, disability, and racial and cultural divides. 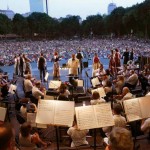