Much glorious repertoire has gone “out of fashion” over the years, but a current renewal of interest in voluntaries, particularly from the late nineteenth- and early twentieth-century English school reveals repertoire that is both beautiful and relevant today. This workshop offers suggestions for preludes and postludes, drawn from a wide spectrum of the standard repertoire, that may have been forgotten over the latter half of the twentieth century. 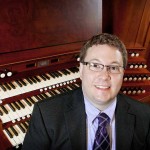