Part two of back-to-back workshops on organ articulation, or “the space between the notes,” covers how to notate articulation in musical scores and the presenter’s own guidelines for interactive participation. It also includes a demonstration, using the work of J.S. Bach, of the effects of applying grammar-like rules to articulation. 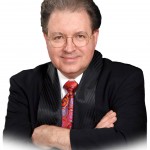