The First Lutheran Church of Boston

Canto Armonico, under the direction of Dr. Ulf Wellner and Cheryl Ryder, with First Lutheran’s Minister of Music Bálint Karosi, organ, present “A Praetorius Organ Vespers for Pentecost,” a reconstruction of a Lutheran service as it may have been celebrated in northern Germany in the 17th century. The readings for Pentecost feature topics such as rushing wind, mighty waters, eternal fires and speaking in tongues, all associated with spectacular music by two acquainted but unrelated organists who shared the same last name: Hieronymus of Hamburg, credited with bringing the Venetian polychoral and concerted styles to that prosperous city, and the better-known Michael, a theorist, composer and performer active in Dresden and Wolfenbüttel.  Starting with Michael Praetorius’ Veni sancte Spiritus/Komm, heiliger Geist, the service includes chant, congregational responsories, strophic psalms, the Veni Creator sequence, a Magnificat with organ and choral interpolations, a Renaissance motet from the time of Holy Roman Emperor Karl V,  and solo organ works by Praetorius and Heinrich Scheidemann on the Richards & Fowkes organ.  We are especially excited to present the rarely heard Herr Gott, dich loben wir (Te Deum) of Hieronymus Praetorius, for four choirs and instrumentalists arrayed about the building. 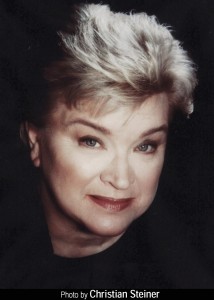 Joan Lippincott has been acclaimed as one of America’s outstanding organ virtuosos. She performs extensively in the United States, under Karen McFarlane Artists, and has toured throughout Europe and Canada. She was principal university organist of Princeton University from 1993 through 2000, and is professor emerita of organ at Westminster Choir College. She presently devotes her full time to concertizing and recording.

Ms. Lippincott’s many recordings on the GOTHIC label include music of Bach, Mozart, Mendelssohn, Widor, Alain, and Pinkham on major American organs. Her most recent releases are J.S. Bach Art of Fugue, recorded at Christ Church, Rochester, NY; J.S. Bach Concerto Transcriptions at Princeton Seminary; and J.S. Bach Weimar Preludes and Fugues at the University of Notre Dame. She is an honorary member of Sigma Alpha Iota, and has received an Alumni Merit Award, the Distinguished Merit Award, the Williamson Medal, and an honorary doctorate from Westminster Choir College. A festschrift, Joan Lippincott: The Gift of Music, by Larry G. Biser was published by the Organ Historical Society in 2013.

The Boston Early Music Festival (BEMF) Chamber Ensemble was established in October 2008 by BEMF Artistic Directors Paul O’Dette and Stephen Stubbs for the dedication of the Craighead-Saunders Organ, at Christ Church, Rochester, in a program at that year’s Eastman Rochester Organ Initiative. The group delighted the public a month later at the inauguration of the BEMF Chamber Opera Series,  which débuted in Boston with a semi-staged production of John Blow’s Venus and Adonis and Marc-Antoine Charpentier’s Actéon. The BEMF Chamber Ensemble is a unique and intimate subset of the three-time Grammy-nominated BEMF Orchestra. Eight of the BEMF Orchestra’s top string players comprise the chamber ensemble appearing with organist Joan Lippincott at the American Guild of Organists 2014 National Convention. 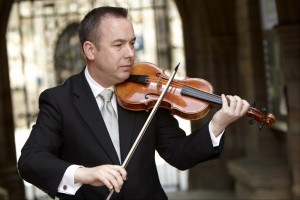 Robert Mealy, director,  is one of America’s most prominent historical string players. His playing has been praised by The Boston Globe for its “imagination, taste, subtlety, and daring.” He has recorded and toured with many ensembles both in America and in Europe, including Les Arts Florissants, Tafelmusik, American Bach Soloists, Sequentia, and Tragicomedia. A frequent concertmaster and soloist in New York, he performs regularly in Trinity Church Wall Street’s weekly series of Bach cantatas. He has served as concertmaster of the Boston Early Music Festival Orchestra, since 2004, in three Grammy-nominated recordings and many festival performances, including a special appearance at Versailles in fall 2009. In 2013, he was appointed Orchestra Director for the Boston Early Music Festival. He has also toured to Moscow with the Mark Morris Dance Group and accompanied Renée Fleming on the David Letterman Show. A devoted chamber musician, he co-directs Quicksilver, whose début recording was hailed as “breakthrough CD of the year” by The Huffington Post. He is also a member of The King’s Noyse and the medieval quartet Fortune’s Wheel.

Mr. Mealy is director of the Historical Performance program at The Juilliard School and professor of music at Yale University, where he directs the postgraduate Yale Baroque Ensemble. In 2004, he received Early Music America’s Binkley Award for outstanding university teaching. He has recorded more than eighty CDs on most major labels.