Engaging the Twenty-First Century with the Oldest Organ Music

This workshop provides an overview of early repertoire and gives examples of how it can be integrated into organ recital programs to provide variety and perspective. Special techniques in performance can bring the music alive on the most seemingly inappropriate instruments. Understanding the contexts in which this music was created reveals interesting parallels with the issues facing us today. The earliest organ music can help create overarching themes that engage twenty-first-century audiences that have them coming back for more! 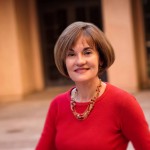 Kimberly Marshall is known worldwide for her compelling programs and presentations of organ music. She is an accomplished teacher, having held positions at Stanford University and the Royal Academy of Music, London. Winner of the Saint Albans International Organ Playing Competition in 1985, she has been a recitalist, workshop leader, and adjudicator at seven national conventions of the American Guild of Organists. Acclaimed as a specialist in early music, she has performed on many of the most significant historical organs in Europe. She is also a noted authority on contemporary organ repertoire, especially the music of György Ligeti. Her recordings and videos display the breadth of her interests, from Arnolt Schlick and sixteenth-century Italian composers to Chen Yi’s Dunhuang Fantasy. She currently holds the Patricia and Leonard Goldman Endowed Professorship in Organ at Arizona State University.