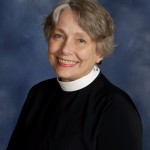 Barbara Cawthorne Crafton is an Episcopal priest, spiritual director, retreat leader and author of many books. She heads TheGeranium Farm, an institute for the promotion of spiritual growth. The Farm publishes herAlmost-Daily eMo, a meditation readonline by tens of thousands worldwide via email.Sheis currently interim rector of St. Luke’s Episcopal Church in Metuchen,New Jersey, and has served a number of churches, including Trinity Church, Wall Street, St. John’s-in-the-Village in GreenwichVillage, St. James in Florence, Italy,and St. Clement’s in Manhattan’s theatre district. She was a maritime chaplain on the NewYork waterfront, and a chaplain at Ground Zero after the attack on the World Trade Center.Crafton leads retreats and teaches throughout the United States and abroad.