Algorithms and Other Sacred Systems: Cage-ian Concepts in Music Liturgy

Ethnomusicologists, after decades of neglect, have begun to recognize American Protestant musical terrain as fertile ground for study. A scholarly focus has emerged, taking on vernacular and popular musics within either traditional worship models (interventionist) or as separate, “contemporary” services (separatist). This paper cuts in a different direction. Are there music practices that have been relegated to an invisible status? If so, might they have some purchase in the sanctuary? This paper submits that the rich corpus of system musics—those associated with the Cage school and Tom Johnson—are rife for deployment in liturgy, and indeed -have been always. 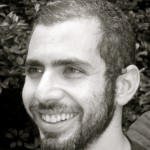 Brian Parks, AAGO, M.A., is minister of music at First Church of Christ, Suffield (UCC). He is the only person in the history of Wesleyan University’s music department to successfully defend two separate master’s theses, the first in composition and the second in ethnomusicology. His second thesis takes up his experience as Organist and Music Director at Higganum Congregational Church, where he came onto the staff despite being a Reformed Jew and having no mainline Protestant music background. His compositions have been performed nationally and internationally, and he has given organ concerts in the United States and abroad. He is a certified childbirth educator and teaches Bradley Method classes with his spouse, ballet dancer and percussionist Janet Simone Parks. He has lectured or presented papers at IRCAM (Paris), Ripon College Cuddesdon (Oxford University), Wesleyan University, Conservatoire de Lille, and the annual conference of the La Leche League of Connecticut.