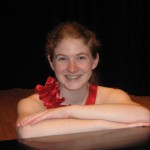 Carolyn Craig studies organ with John Brock, professor emeritus of organ at the University of Tennessee. She won first place in the 2012 Greater Columbia (SC) AGO Young Organist Competition. She also won first place in the Tennessee Music Teachers’ Association (TMTA) Junior Piano Performance competition in 2009 and 2010, and the TMTA Senior Piano Performance Competition in 2012. She performed in Carnegie’s Weill Recital Hall as a first-place winner in the American Protégé International Talent Competition. A National Merit and National AP Scholar, she isa senior at West High School in Knoxville, TN. 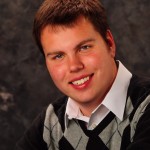 Nicholas Quardokus is pursuing a bachelor of music degree in organ performance at the Jacobs School of Music at Indiana University, studying with Janette Fishell. He is a recipient of the Barbara and David Jacobs Scholarship. Before attending the Jacobs School, he studied organ with Mark Steffens and Philip Peter, and piano with Lydie Regazzi. Nicholas is a native of Bridgman, MI, where he has served as a substitute organist and has played recitals for churches in southwest Michigan and abroad. Outside of Michigan, he has appeared as a guest organist for worship services in Indiana, North Carolina, and Germany.

Jessica Park is pursuing a bachelor of music degree in organ performance and a master of music degree in historical performance at the Oberlin Conservatory of Music, where she studies organ with James David Christie and Jonathan Moyer, and harpsichord with Webb Wiggins. She has also studied with Olivier Latry and Marie- Louise Langlais. A native of St. Paul, MN, Jessica studied the piano with Paul Wirth, and began organ studies at age 17 with Catherine Rodland as a recipient of the 2008 J. Michael Barone Pipedreams Scholarship. In 2011, she attended the McGill Summer Organ Academy in Montreal, where she studied organ and continuo with John Grew and Hank Knox, respectively. Jessica is the director of music and organist at the Episcopal Church of the Redeemer in Lorain, Ohio.