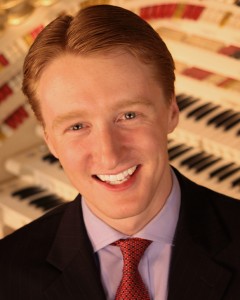 An organ builder, scholar, and classical and theatre organist, Jonathan Ortloff holds degrees from the Eastman School of Music and the University of Rochester in organ performance and interdisciplinary engineering. While at Eastman, he was a student of David Higgs and studied improvisation under William Porter. He is principal of Ortloff Organ Company, Boston-based organ builders and restorers. He apprenticed under organbuilder and pipemaker Stephen Russell, and subsequently worked for Spencer Organ Company of Waltham, Massachusetts. He has previously worked for C.B. Fisk, Paul Fritts & Company, and Jonathan Ambrosino.

As a performer, Mr. Ortloff has excelled as a young theatre organist, winning the American Theatre Organ Society’s (ATOS) 2008 Young Theatre Organist Competition. He has been a featured performer at national conventions of ATOS, the Organ Historical Society, and the American Guild of Organists, and has two recordings to his credit: Clang Clang Clang, recorded in 2009, and Roll Out the Big Guns, recorded live in 2010. Both albums feature drummer Allan Ward. His scholarly interests, mainly in the fields of organ history and preservation, have led to publication in The American Organist, Theatre Organ, The Diapason, and The Tracker. He currently serves on the Organ Historical Society’s Publications Governing Board.

A graduate of Phillips Exeter Academy, Mr. Ortloff makes his home in Boston, spending his free time skiing, hiking, or paddling the mountains