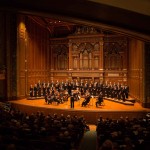 Many of Boston’s most talented musicians perform regularly with Cantata Singers. Its chorus comprises singers with careers as musicians, educators, doctors, and architects. Many appear as soloists with Cantata Singers and with other highly respected organizations; some conduct other choruses and orchestras. Although many of our musicians actively perform as solo singers, they choose to sing with Cantata Singers because of the reward they find in performing music of the choral canon at the highest possible level. 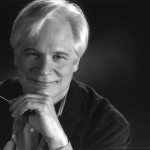