Hilary Tann’s  Embertides consists of four separate movements that take their inspiration from the roughly equal divisions of the church year – Advent, Lent, Whitsun, Michaelmas. These divisions in turn pay homage to earlier, secular traditions – Winter (seeding), Spring (awakening), Summer (harvesting), Autumn (vintage). The cycle is unified by references to verses from the 11th-century plainsong sequence ‘Veni Sancte Spiritus’; in addition, each piece contains hints of hymns appropriate to each season. The work may be performed as a concert suite or individual movements may be used separately within church services.  Embertides is available from Oxford University Press. 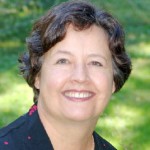 Welsh-born composer, Hilary Tann, lives in the foothills of the Adirondack Mountains in Upstate New York where she is the John Howard Payne Professor of Music at Union College, Schenectady. She holds degrees in composition from the University of Wales at Cardiff and from Princeton University. From 1982 to 1995 she held a number of Executive Committee positions with the International League of Women Composers.

She was guest Composer-in-Residence at the 2011 Eastman School of Music Women in Music Festival and will be composer-in- residence at the 2013 Women Composers Festival of Hartford. Praised for its lyricism and formal balance, her music is influenced by her love of Wales and a strong identification with the natural world. A deep interest in the traditional music of Japan has led to private study of the shakuhachi and guest visits to Japan, Korea, and China. Her compositions have been widely performed and recorded
by ensembles such as the European Women?s Orchestra, Tenebrae, Lontano, Meininger Trio, Thai Philharmonic, Royal Liverpool Philharmonic, BBCNOW, and KBS Philharmonic in Seoul, Korea. Website: hilarytann.com.